Many thanks to all local residents who joined me in decorating their front doors and houses to commemorate the 75th anniversary of VE Day. Here are the pictures of those who shared their contributions with me.

You can still donate to the Royal British Legion directly via a dedicated Just Giving page: https://www.justgiving.com/fundraising/TeamLoughborough 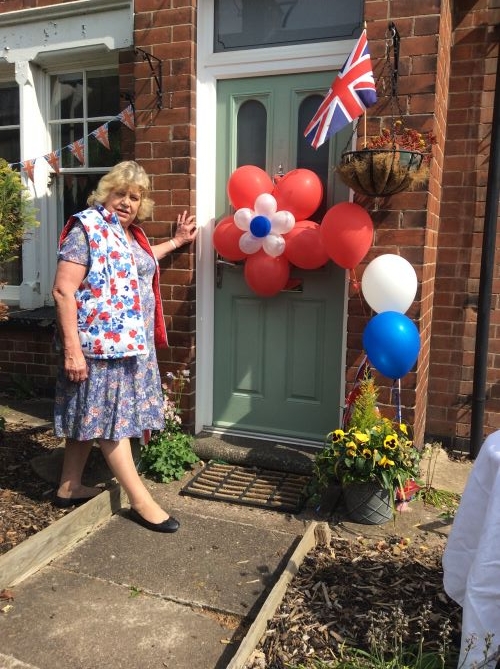 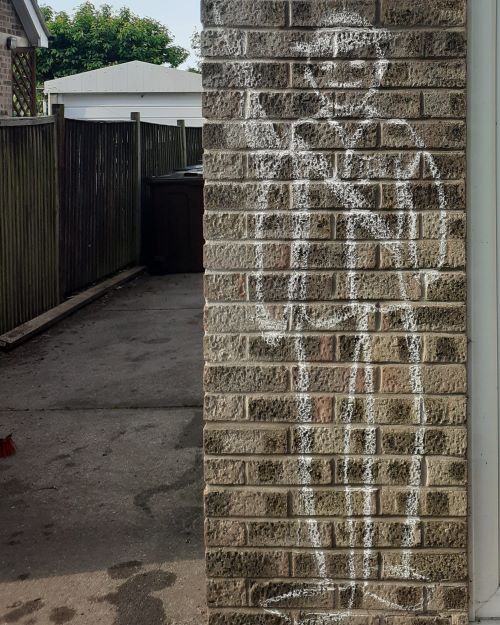 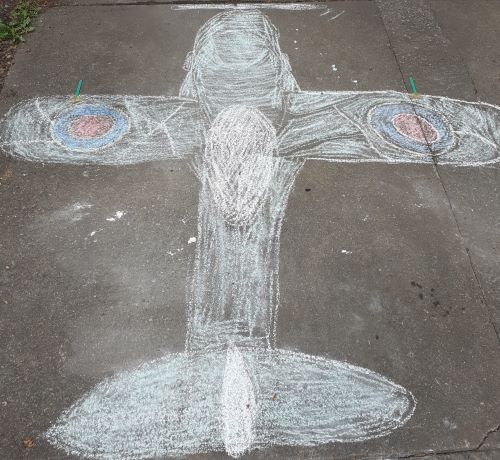 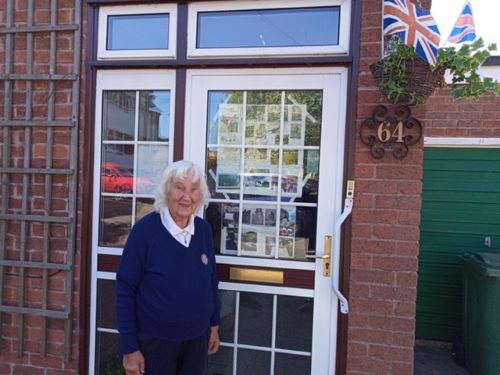 "I hope you like my display to commemorate VE day with photos of my service as a met. asst in the WAAF from June 6th 1944 to Dec 1947 on my front door. On VE Day I was on duty in the office  in the control tower at RAF Holmesley in the New Forest Transport Command shipping men and supplies to Europe, flying Yorks and Liberators. I was then posted to RAF Poole Harbour Coastal Command flying Sunderlands and Catalinas  to the Far East. I did have a trip in a Sunderland to the Solent when it went for service. It was littered with banana skins. We hadn't seen a banana for years it was a wonderful experience. I was here until VJ Day  when I was posted to RAF Upwood Hunts, Bomber Command when I was on duty in Feb 1946 for the great freeze. I couldn't believe  my eyes when I read the temperature at 11am, it registered 10F - 22 degrees of frost. The station was closed and we were all sent  home on two weeks fuel leave. RAF Upwood was closed for WAAF and I was posted to RAF Wyton until it was time for my demob. In Dec. 1947 and I decided to take my leave of service. My service in the WAAF opened the gate to my life which has lasted until today." 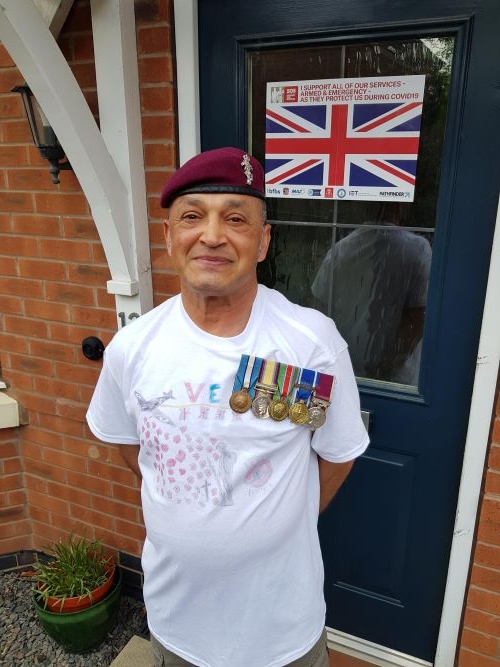 Nobby Clarke in Mountsorrel with a t-shirt designed by a young person called Jamie who unfortunately lost his dad due to taking his own life. Nobby is raising money for SSAFA. 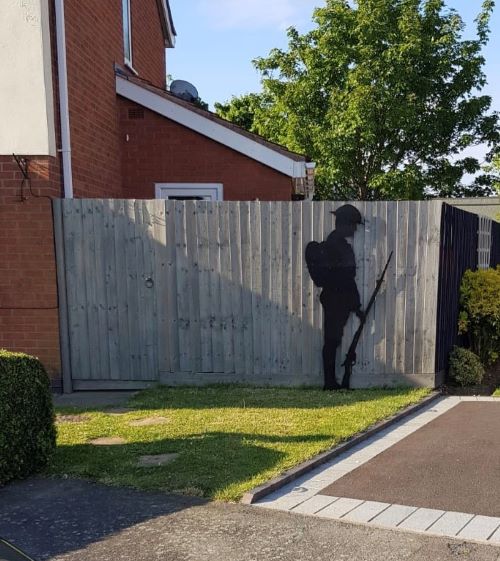 Kirstie Medcroft who sent in her dad's fantastic effort 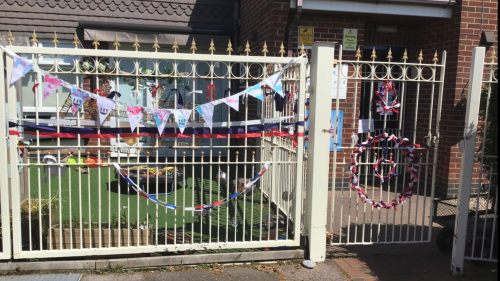 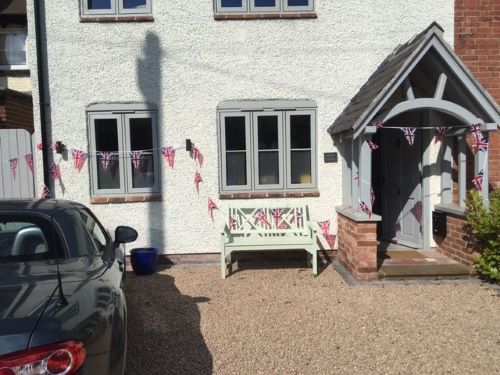 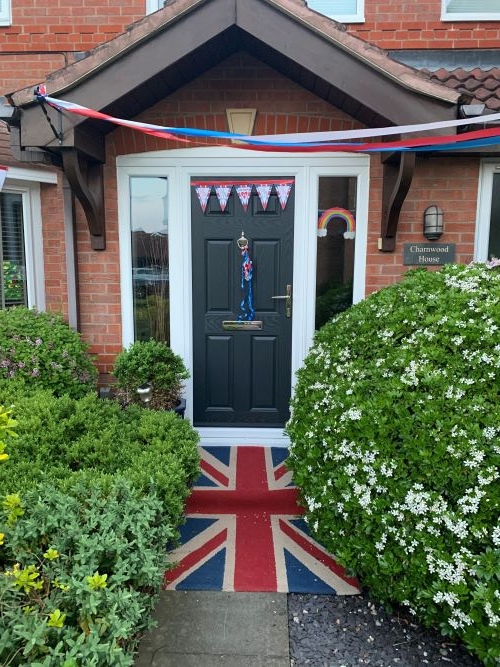 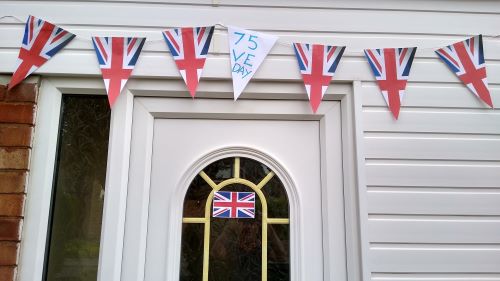 Jim Geddes sent in his front door for VE Day 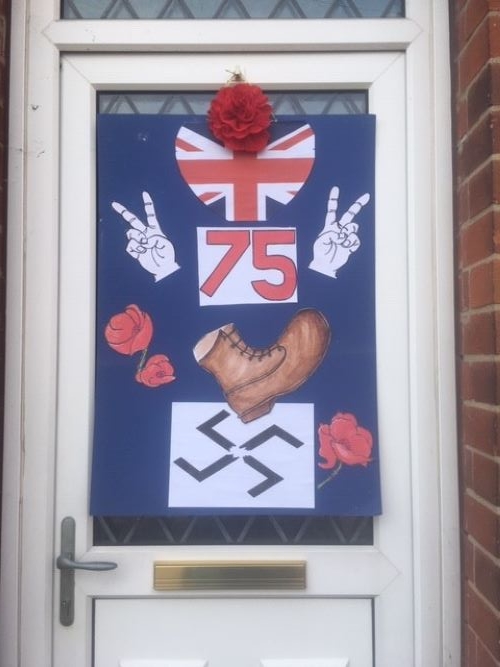 Barbara Collins sent this in from her home in Shepshed 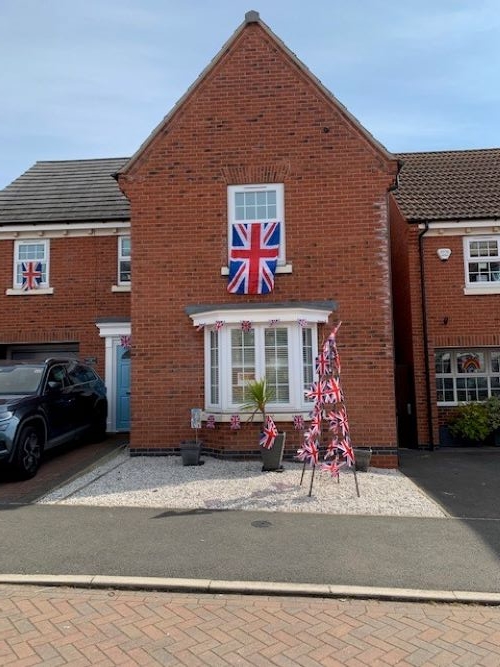 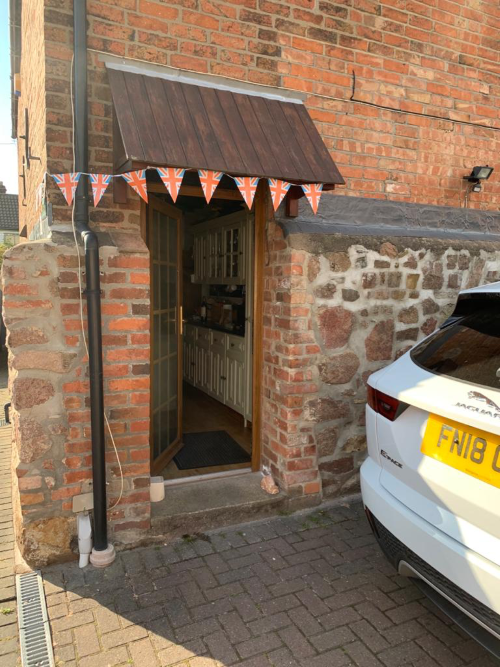