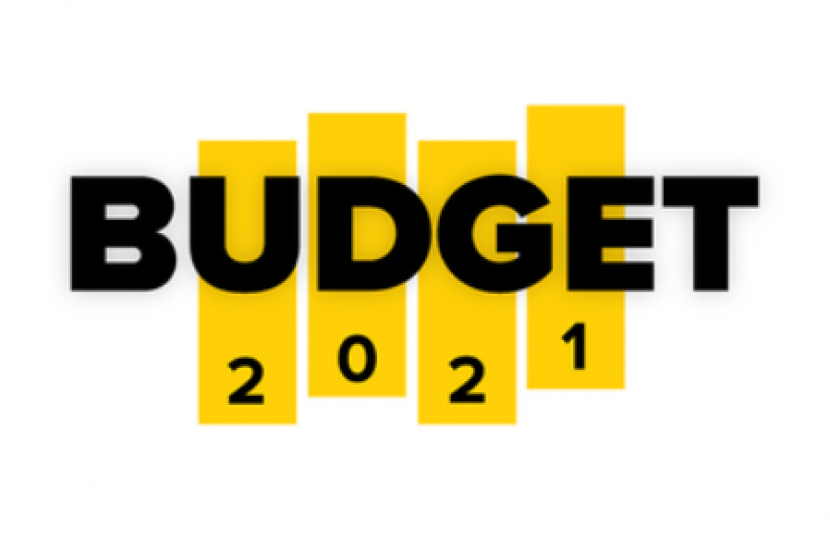 Today’s Budget comes at a critical time for our country. One year ago, the Government promised the British people that it would do whatever it took to provide security and stability through the unprecedented Covid-19 pandemic. This promise is being delivered, with the Government providing £407 billion of support to individuals and businesses - more than almost any other country in the world.

It is welcome news that this approach is working, with the Office for Budget Responsibility (OBR) now expecting the UK economy to recover to its pre-crisis level six months earlier than originally thought and unemployment to peak at 6.5% instead of the nearly 12% feared last summer.

It is thanks to the Conservative Party’s record on the economy over the past decade, having reduced the deficit by over 80% before the pandemic and helped 3.4 million more people into work, that we came into this crisis in a strong position and were able to provide such a large fiscal support package.

However, the damage Covid-19 has done to our economy has been acute. Since March, 700,000 people have lost their jobs, the economy has shrunk by 10% – the largest fall on record – and borrowing is at the highest level it has ever been outside of wartime.

That is why today’s Budget introduced a three-part plan:

I hope that the following summary of the Chancellor's key announcements is helpful to local residents.

Supporting People and Businesses through the Pandemic

Beginning to Fix the Public Finances

The Budget documents can be found here.

The Chancellor’s speech can be found here.

If you would like any further information about anything I have mentioned above, please do send me an email at: jane.hunt.mp@parliament.uk