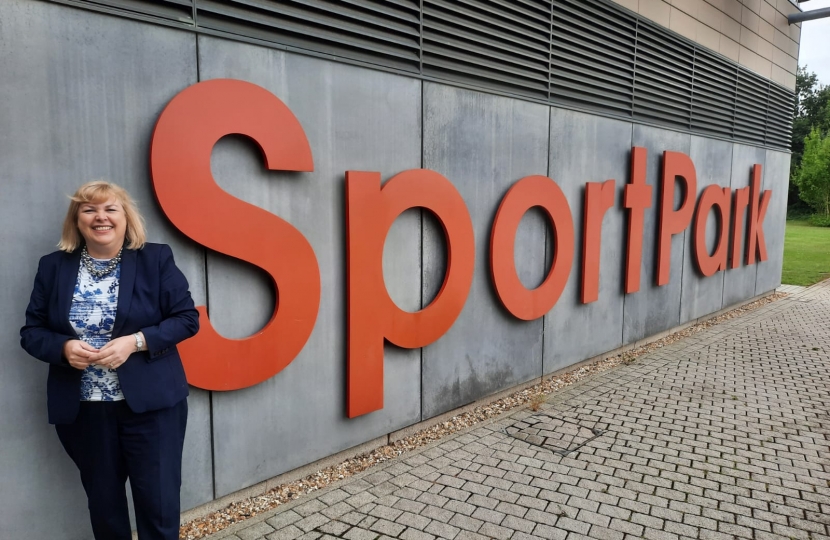 Loughborough MP, Jane Hunt, has welcomed the news today (4th August) of a huge £7.8million investment in Loughborough from the ‘Getting Building Fund’.

The new £900m fund launched by Prime Minister last month will ensure that shovel-ready projects are delivered. Locally, two projects have been chosen by the Government:

The two schemes are two of four key infrastructure projects which the Leicester and Leicestershire Enterprise Partnership (LLEP) has been tasked to deliver as part of the central government fund. Projects were chosen based on their impact on the region’s economic growth.

“Attracting investment into Loughborough was one of my key election promises, so I was delighted when the Government announced that we would be receiving millions of pounds to deliver on these two projects locally.

“The £6million funding will help play a role in realising the ambition to create a global sports hub here in Loughborough.

“And the £1.8million allocated funding for highways infrastructure will improve accessibility to Loughborough University Sport and Enterprise Park and deliver economic growth.

“This is a huge investment in Loughborough and an acknowledgement by the Government of Loughborough’s commanding position as a world-leader in sports and sports science.”

Unfortunately, I wasn't able to speak in the education debate today because time ran out. Here is the speech I was due to make...