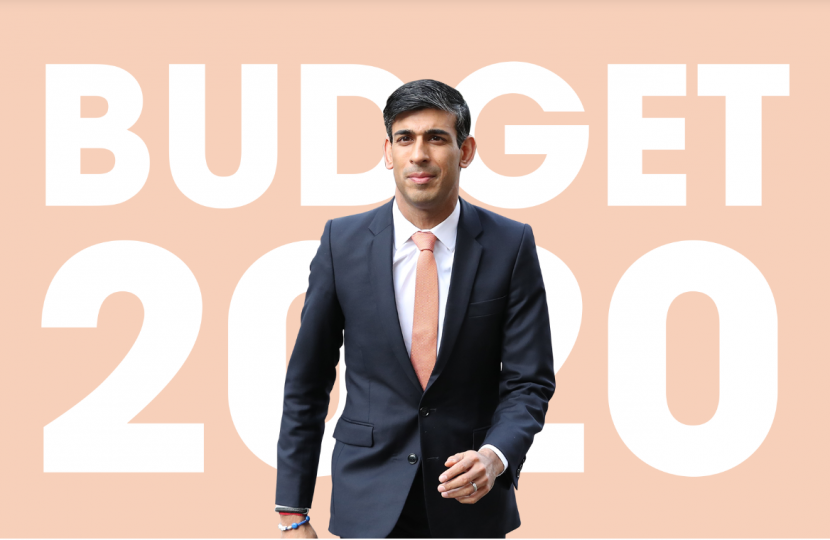 It set out a comprehensive plan for our country, ensuring proper investments in our roads, railways and digital networks which will underpin growth over the coming decade, as well as the world-class hospitals, schools, colleges and police forces that people rely on every day.

It also supports the Government’s ambition for a fair and sustainable tax system which helps people and families with the cost of living, funds the first-class public services we expect and creates an environment for businesses to succeed.

It takes steps to decarbonise the economy and protect the UK’s natural habitats, ensuring that every part of the UK economy is ready for the challenges of decarbonisation and ready to capitalise on the opportunities to become leaders in the green markets of the future.

Crucially, the Budget delivers on the Conservative Party’s Manifesto promises to the British people.

I hope that the following summary of the Chancellor's announcements is helpful to local residents.

As ever, the independent OBR has published its outlook for the economy and public finances.

Key points on the economy:

I know that many local residents are concerned about Coronavirus and so I am pleased that the Budget sets out a plan to support public services, individuals and businesses that may be affected. This is one of the most comprehensive economic responses of any government anywhere in the world to date. For more information about the measures announced, please see the dedicated page on my website here.

Green Growth and the Environment

The Budget documents can be found here.

You can watch the Chancellor’s speech here.

If you would like any further information about anything I have mentioned above, please do send me an email at: jane.hunt.mp@parliament.uk